Read this article from The Straits Times today. Honestly, I think it's quite silly to be addicted to smoking, you know. You know what's the new cool: To have been that, done that. Try it once and be done with it. What's so nice about stained teeth & black lungs??!!!

BARELY 5m away from his school in Tampines, the 15-year-old in his uniform brazenly lit up and started puffing on his cigarette - in full view of schoolmates at a nearby coffee shop. He was typical of underage smokers caught by the Health Sciences Authority's (HSA) enforcement officers in a recent raid in Tampines.

The Straits Times accompanied the 12-man team on the five-hour search that rounded up 12 teenagers found smoking at the void decks, staircase landings and corridors of Housing Board blocks, and in multi-storey carparks.

The common excuse: They did not know that it is illegal for underage youths to smoke and were just experimenting with one stick.

But one 15-year-old was defiant: 'Why can't I smoke? It's my right to smoke and I will continue to buy a lot of cigarettes.'

'Some of those caught can be very uncooperative and aggressive, hurling vulgarities and threatening our officers,' said Mr Norman Chong, a deputy director in the HSA tobacco regulation unit's enforcement division.

But enforcement officers kept their cool in the face of outbursts, searching bags for cigarette packs and taking down the particulars of the teenagers, some of whom were repeat offenders.
Those under 18 who are caught smoking more than once must attend mandatory counselling sessions and pay a $30 fine. Otherwise, they will need to appear in court and can be fined up to $300.

While schools often act as the 'eyes and ears' on the ground and tip off enforcement officers, Mr Chong said parents may not be as supportive.

He said: 'After we send out the notices to notify parents of their children's offence, some of them call us up to complain and insist that their children were not in the wrong.'

To ensure that youths do not get easy access to cigarettes, the HSA's enforcement officers also go after the outlets selling smokes to youths.

Last year, 63 retailers were caught selling cigarettes to those under the age of 18.
Retailers can be fined up to $5,000 for the first conviction, and up to $10,000 for subsequent convictions. Repeat offenders may also have their tobacco retail licences suspended or revoked.
Posted by Ms Quek at 7:30 PM 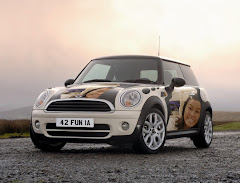 Ms Quek
Singapore
I see the potential in each & every single soul, & wish that you will reach for the stars yourself.